Hit enter to search or ESC to close

Guringai Aboriginal Tours was established in 2009

Guringai Aboriginal Tours was established in 2009 by Laurie Bimson as a meaningful way to provide cultural education and to keep the Guringai traditions alive.  Laurie is extremely passionate about sharing culture with students and visitors alike, to broaden people’s understanding of Aboriginal culture and the Guringai peoples.

Immerse yourself in an exclusive Aboriginal cultural journey as you walk the land with Traditional Custodians and caretakers. Guringai Aboriginal Tours takes guests on a journey of discovery in World Heritage listed Ku-ring-gai Chase National Park where they learn how our Aboriginal ancestors used the site as a classroom, cared for the land and how it cared for them. The tour visits a cave with stencil art and a sandstone engravings site where the guides show how the art is done, how the carvings are made and how to read the site.

“We have a lot of Aboriginal people come on our tours and we are very proud to be helping them reconnect to Country.”

Laurie is a traditional owner of Guringai Country. Laurie sits on the advisory committee for National Parks and Wildlife Service Metro North East, various other advisory committees and is also a director of the Guringai Tribal Link Aboriginal Corporation.

Laurie is a director of the Guringai Tribal Link Aboriginal Corporation and a traditional owner of Guringai Country. 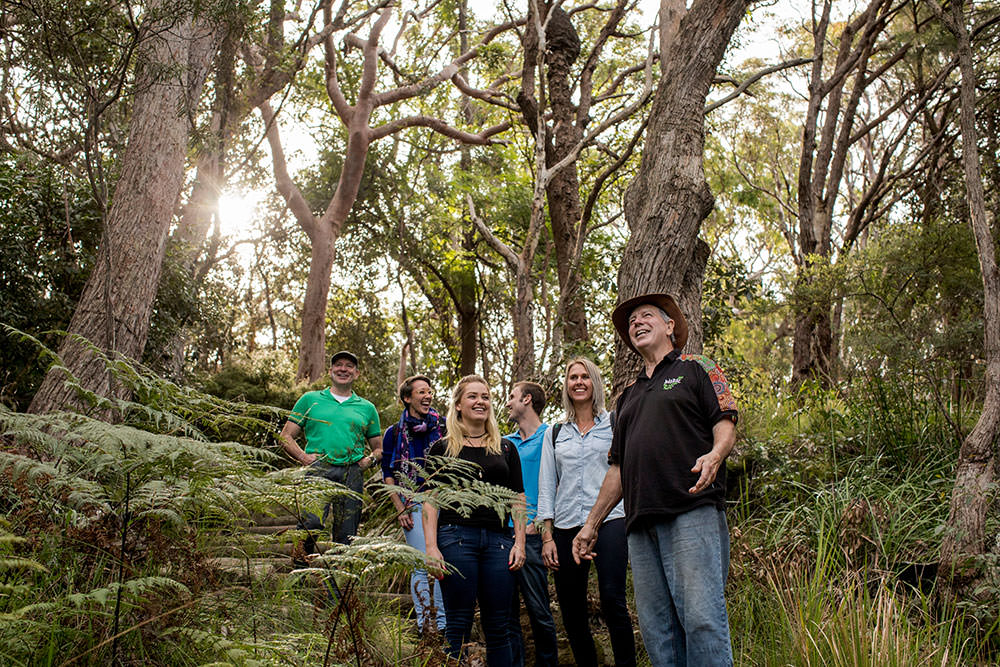 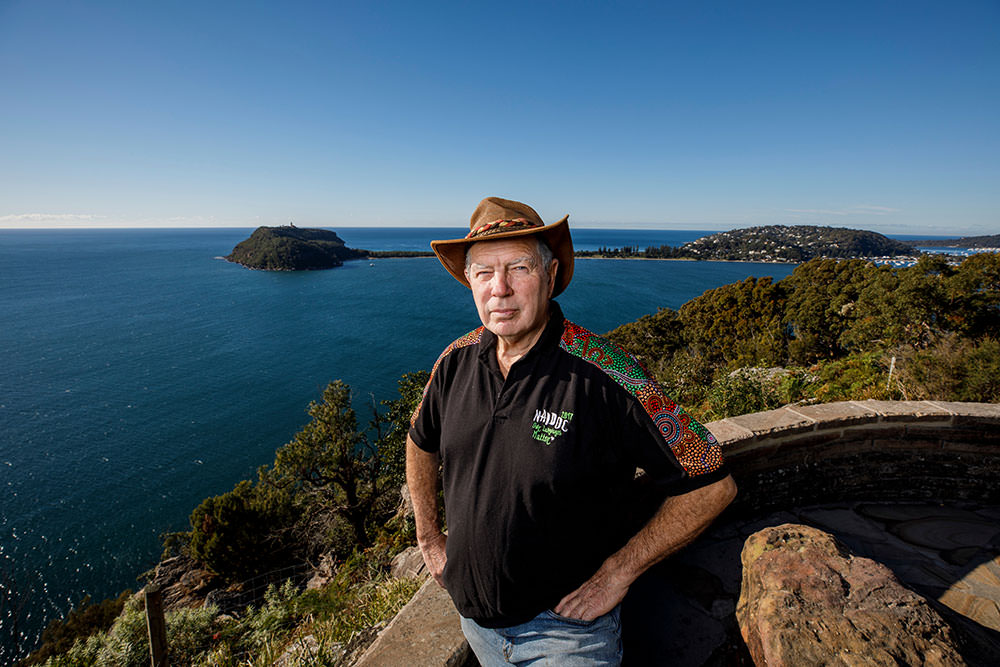 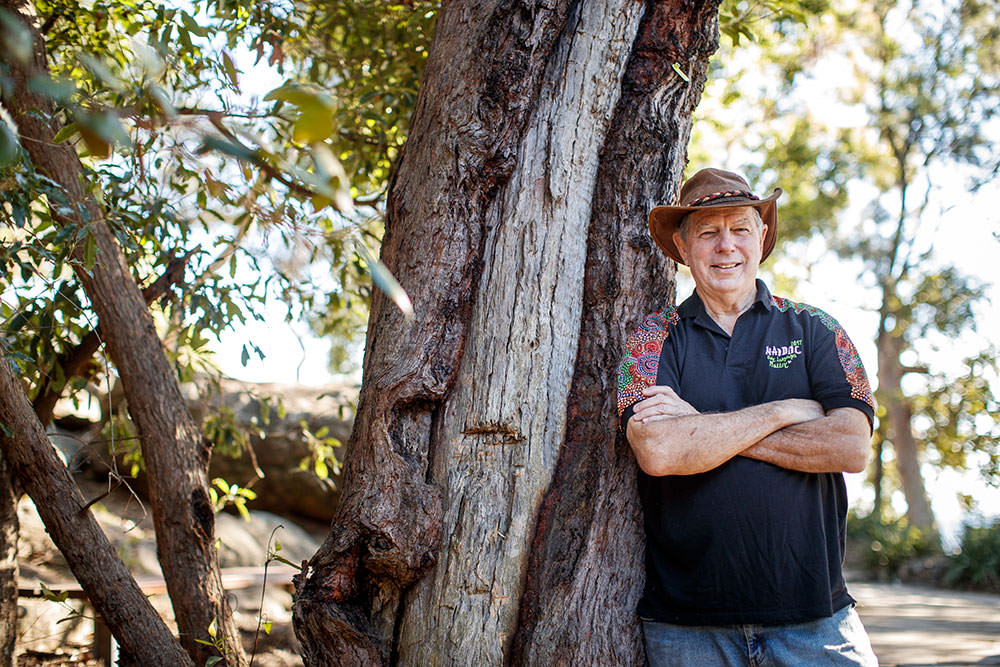 My name is Laurie Bimson. I’m a proud Aboriginal man from what is known as Guringai country.

Guringai Country is from Lake Macquarie in the north to the south Lane Cove River, the Ocean on the East and in the West the old northern road just short of Wisemans ferry. There are many clans in Guringai country, Garigal being one of them which is our clan.

My people are salt water people and have been the custodians of Guringai country for about 40,000 years. Guringai country covers a large area to the north of Sydney Harbour up to Lake Macquarie and from the Pacific Ocean out to Wisemans Ferry. We look after this land and in turn the land looks after us.

When I was young my dad taught me to survive. He showed me how to make spears and boomerangs and humpy’s. He also showed me how to catch yabbies, eels and fish and what plants to eat. We were the only kids in the street with a humpy outside our back fence. We used to go down to the local aboriginal carvings all the time. We were Aboriginal and I was very proud. I was always envious of my Aboriginal friends dark skin – I wished mine was darker. I was always in the bush (it drove my mum crazy!). She always asked “What did you survive on? You have been gone all weekend!” I had the best cave that I used to stay in. My friends and I used to go to a place called Bungaroo and camp and fish it’s at the top of the Roseville river and was named after the leader of our mob Bungaree. How cool is that! The seasons are very important to us. Many things tell us when it is time to go to different areas for food, for ceremony, for celebration and for trade.

I have always been into bush walking and spent a lot of time around the Terry Hills area and West Head I stayed in a great cave at west head for a while .

I have always had such a connection to my country. I can tell when I’m out of country the same way some of my Aboriginal friends need to return to their country.

I now run tours in my country, Guringai Aboriginal Tours. I’m also on the NPWS Advisory Committee, the Hornsby Council advisory committee, and the Aboriginal Support Group Manly Warringah Pittwater. I also get asked to do Welcome to Country in my area  and do talks at local bush care groups and tell them about the ways of my people. I talk about how we managed the bush, we call it natural farming. Look after the bush and it will feed you.. the same goes for the rivers and ocean. I love teaching children about our ways and  of how my ancestors taught their kids and the general history of my people and early white settlement /invasion of our country. That bit hurts a bit but needs to be told.

This is my story so far.

We look forward to welcoming you to Guringai Country!

© 2018 Guringai Aboriginal Tours.
All artwork reproduced with the permission of the artist Michael Glasheen.